Ange rediscovered their prog credentials in the 2000's after,by their high standards,some less than essential releases in the 80's and 90's.This one from 2010 marks a heavier and more intense direction,continued with 2012's Moyen Age… 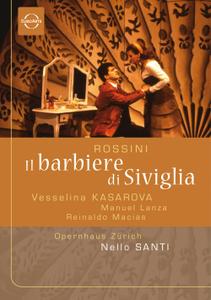 The press enthusiastically declared this Barber of Seville a “firework display of exhilarating comedy” and praised the "unforced liveliness" of the cast. EuroArts releases this highly acclaimed staging of one of the most popular operas ever written. Vesselina Kasarova is the undisputed star of this production – she shines musically and dramatically in the part of Rosina, one of her signature roles, which she has since been invited to sing in many major opera houses from Vienna to New York. 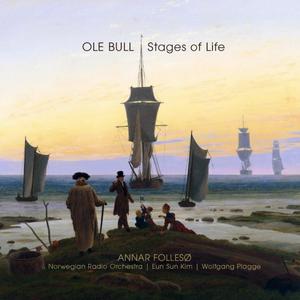 Annar Follesø - OLE BULL - Stages of Life (2020)
FLAC tracks +booklet | 57:25 | 222 Mb
Genre: Classical / Label: 2L
The Norwegian violinist Ole Bull (1810-1880) is often called "the Nordic Paganini". Wherever he played, he held audiences spellbound with his incredible technique and personal charisma. In his native Norway he is revered first and foremost for his pioneering and dynamic role in the movement for a national identity in the fields of music and the dramatic arts. Bull recognized Henrik Ibsen's and Bjørnstjerne Bjørnson's potential as dramatists, and gave them indispensable opportunities to advance their careers at his Norwegian theatre in Bergen. He held Norwegian folk music in as high esteem as he did European classical music, and he incorporated national melodies in his compositions to portray Norwegian nature and life, for example in Norges Fjelde and Vilspel i Lio.
Classic Music
Details 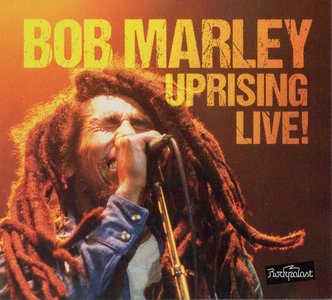 The Uprising Tour ran in Europe from May 30th to July 13th 1980 with five further dates in the USA in September. It was Bob Marley s last tour before his tragically early death in May 1981 at the age of just 36. The tour was in support of the Uprising album released on June 10th 1980. A few days later on June 13th the live show from Dortmund s Westfalenhalle was filmed for the famous German music TV series Rockpalast and is presented here on DVD and CD for the first time with footage restored to the best possible quality. Bob Marley and the Wailers are on superb form and deliver a set of hit singles and classic album tracks. Marley s energetic, charismatic performance gives no indication that he was already ill with the cancer that would take his life less than a year later. 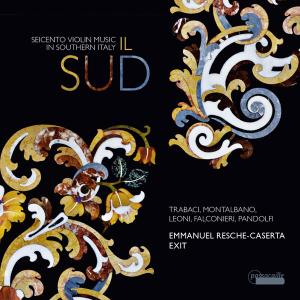 Exit & Emmanuel Resche-Caserta - Il Sud: Seicento Violin Music in Southern Italy (2020)
WEB FLAC (tracks) - 399 MB | Tracks: 22 | 70:39 min
Style: Classical | Label: Passacaille
We may wonder whether the violin was a northern Italian invention, for the instrument was also to be heard in the great cities of southern Italy at an early stage, from the beginning of the 17th century onwards. Certain southern Italian composers had clearly understood that the instrument was unequalled in its ability to express emotion allied to virtuosity, including Montalbano in Palermo, Pandolfi in Messina, Falconieri and Trabaci in Naples, and Leoni in Rome. They wasted no time in channelling the freedom and expressivity of the violin into rare, fascinating and original works, some of them recorded here for the first time.
Passacaille Classical FLAC Lossless 2020 Exit & Emmanuel Resche-Caserta
Details 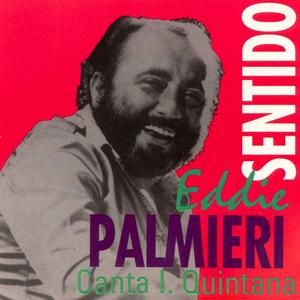 Sentido may offer a better portrait of Eddie Palmieri than any of the compilations. "Puerto Rico" is typical of his anthemic, crowd-rousing capability. "No Pienses Asi" is an affecting ballad that rivals those of musicians considered more as singers than Palmieri. "Condiciones Que Existen" is just funky enough to sound like an outtake from the great Harlem River Drive album. "Adoracion" begins spacily but soon becomes, over the course of nine delicious minutes, a hefty jam. "Cosas del Alma" is another ballad. It may be only a half hour of music, but no one will miss the filler. The liners credit Palmieri's fasting as an ingredient in his success; clearly he understands the importance of "leaving them hungry for more." 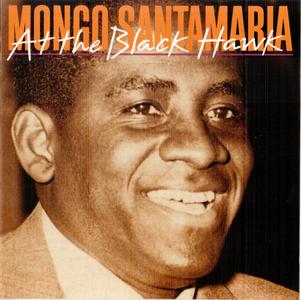 Applying their famous two-fer philosophy to the digital era, Fantasy combines Mighty Mongo and Viva Mongo! on a single CD, showcasing two somewhat different slants on Mongo Santamaria's music during a period of exploration. Mighty Mongo leans more to Mongo's jazz side without sacrificing his Afro-Cuban rhythmic base, while Viva Mongo has a more distinctly ethnic Cuban sound with Rudy Calzado's solo vocals and the band's group chanting, Rolando Lozano's wooden flute riding playfully above the ensemble, and the traditional Cuban use of string counterlines. 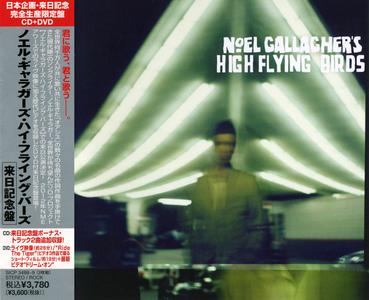 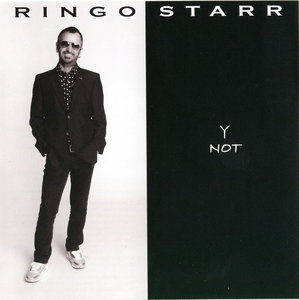 Ringo Starr defined his solo career through his collaborations, scoring his first big hit with the assistance of his fellow Fabs and later sustaining himself through his All-Starr Band, so his decision to produce 2010’s Y Not on his own appears to be a big deal… 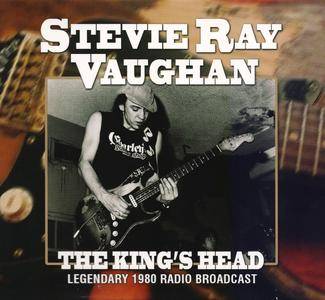 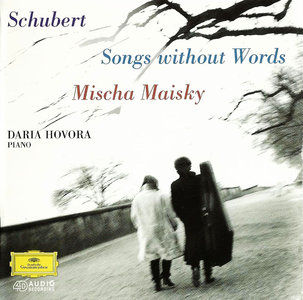 SCHUBERT: SONGS WITHOUT WORDS is an elegant recital by pianist Daria Hovora and cellist Mischa Maisky that allows us to hear Schubert songs, beautifully rich as they are with the texts as sung by many of our finest singers, here solely for the instrumental line. Somehow the interplay between melody and accompaniment (always an equal partnership in Schubert's hands) is heightened by this experience. Not that the entire album is appropriated by the cello standing in for a vocalist: the opening work is "Sonata for Arpeggione and Klavier" and is one of the highlights of the CD. But just listen to the performances of 'Standchen', 'An die Musik' and 'Du bist die Ruhe' and hear the extraordinary marriage between the piano and cello, singing as beautifully as any other version. This is one of those CDs that bears keeping out for multiple listenings in the late evening. 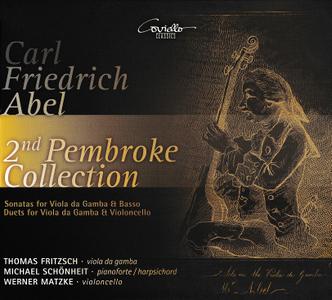 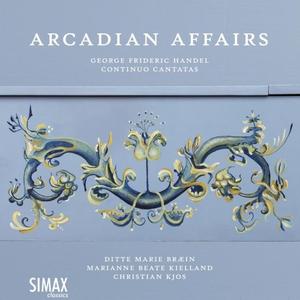 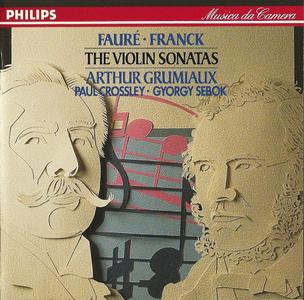 Faure-lovers have long prayed for reissue of the two sonatas from Grumiaux and Paul Crossley. And they won't be disappointed. The sound itself is pleasing. And there is a radiance in the playing suggesting an unerring understanding of structure and style that somehow goes hand in hand with the joyous spontaneity of new discovery. The hyper-sensitive suppleness of Grumiaux's shading and phrasing is a particular delight, as is his awareness that just as much of the musical message comes from the piano particularly in the Second Sonata. 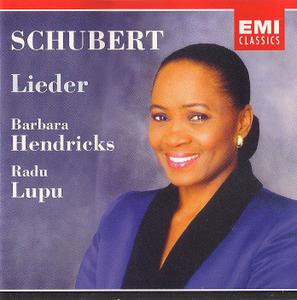 Ms Hendricks has allied herself with one of the truly great pianists of the last thirty years, and a masterly Schubertian at that: Radu Lupu. His Schubert impromptus on Decca are to my mind only challenged by Brendel. I can’t remember hearing him as accompanist anywhere else, which makes his partnership with Barbara Hendricks special indeed. He doesn’t dominate the proceedings as some other soloists have tended to do but neither is he too reticent. It seems that they have found a good balance. Once or twice I reacted to his approach. Der Wanderer an den Mond seems too jolting but otherwise there are no eccentricities.